First mentioned in a letter from Mozart to his father of 12 March 1783: 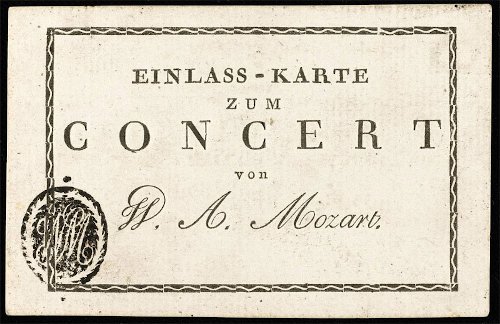 Ticket for a concert by Mozart with his seal, Vienna 1780s (Salzburg, Stiftung Mozarteum)

The symphony performed by Mozart was the ‘Paris’ K297. The aria ‘Non sò d’onde’ K294, based on a text from Metastasio’s  L’Olimpiade (III/6), was a work Mozart had composed for Aloysia Lange not long after he met her in the fall of 1777 (the autograph is dated 24 February 1778). The concerto performed may have been K175, with the newly-composed finale K382. It also figured in Mozart’s academy of 23 March at the Burgtheater, the programme for which he described to his father in a letter of 29 March:::

The programme, then, consisted of the following works:
Note: this list contains links to further information about the individual pieces, and to recordings of each work.

1. The ‘Haffner’ symphony K385 (probably only the first three movements);
(to hear a recording on period instruments, Ton Koopman and the Amsterdam Baroque Orchestra, click here)

5. The two concertante movements from the so-called ‘Posthorn’ serenade K320;
(to hear a recording of the complete serenade, Charles Mackerras and the Prague Chamber Orchestra, click here)

6. The concerto K175 with the rondeau finale K382;
(to hear a recording with the original finale, Malcom Bilson, John Eliot Gardiner and the English Baroque Soloists, click here;
for the substitute finale performed by Mozart on this occasion, click here)

9. The aria ‘Mi speranza adorata’ K416;
(to hear a recording of the aria on period instruments, Cyndia Sieden, Frans Brüggen and the Orchestra of the 18th Century, click here)

10. The last movement of the ‘Haffner’ symphony K385.
(to hear a recording on period instruments, Ton Koopman and the Amsterdam Baroque Orchestra, click here and start the recording at 15:29) 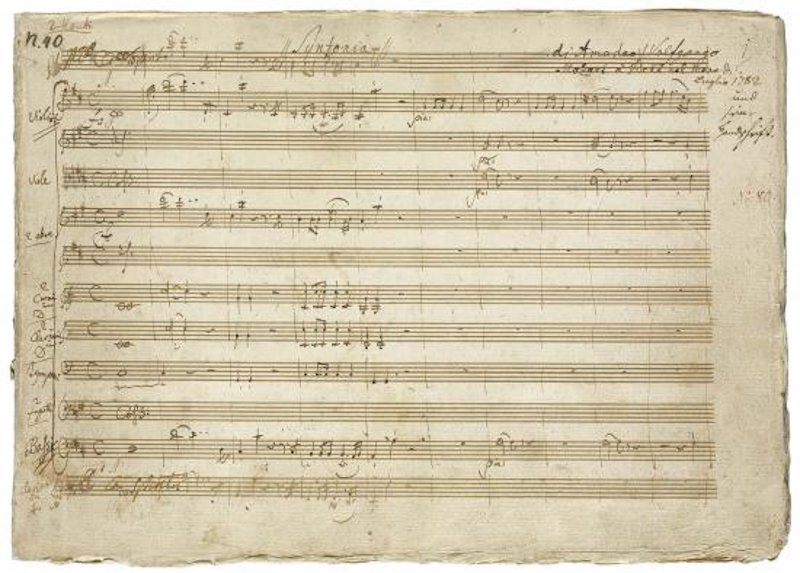 The concert was almost certainly as successful as Mozart reported to his father, as a review in Carl Friedrich Cramer’s Magazin der Musik, published at Hamburg on 9 May 1783, testifies: