Emperor. The eldest son of Maria Theresia (1717-1780) and her husband, Francis Stephen of Lorraine (Grand Duke of Tuscany from 1737, Holy Roman Emperor as Francis I, 1745-65), Joseph became emperor when his father died on 18 August 1765 and, a month later, co-regent of the Austrian monarchy; on his mother's death on 29 November 1780 he became sole ruler. As co-regent, one of his chief domestic achievements was the establishment in Vienna of the Nationaltheater in 1776 (and for which Mozart composed Die Entführung aus dem Serail K384 in 1782-3). His sole rule was marked by significant domestic and social reform, including the granting of some civil rights to classes other than the nobility, greater freedom for the press, the suppression of all monasteries of the purely contemplative orders, the establishment of marriage as a civil contract and an Edict of Toleration (1782) granting certain freedoms to the main Protestant denominations, Greek Orthodox and Jews.  A war against the Turks in 1787 was a miscalculation that fatally affected his health and led to his premature death. 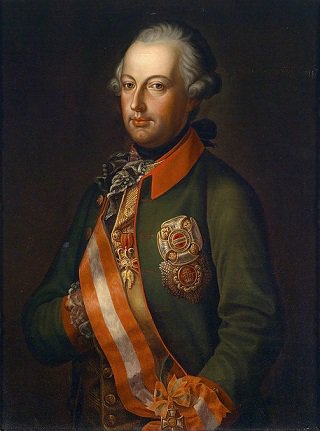 Joseph II was an accomplished musician and his tastes informed musical life in Vienna during the 1780s: he was partial to German opera and opera buffa, Harmoniemusik (music for wind bands) and simple, accessible church music; he disliked elaborate court music, opera seria and ballet. A supporter of Mozart, Joseph commissioned Die Entführung aus dem Serail K384 in 1781 and Der Schauspieldirektor K486 in 1786 and engaged Lorenzo Da Ponte as court poet, which in turn led to the composition or performance of Le nozze di Figaro K492, Don Giovanni K527 and Così fan tutte K588. In December 1787 Joseph created a position for Mozart at court, as Royal and Imperial Chamber Musician (k. k. Kammermusikus), solely, as he wrote, ‘out of consideration that so rare a genius in the world of music should not be obliged to seek abroad for recognition and his daily bread'. Joseph’s musical predilections also explain why, in Vienna, Mozart composed no church music except the mass K427 (not, in any case, written for Vienna) or opera seria except La clemenza di Tito K621, written for the coronation of Joseph’s successor Leopold II. 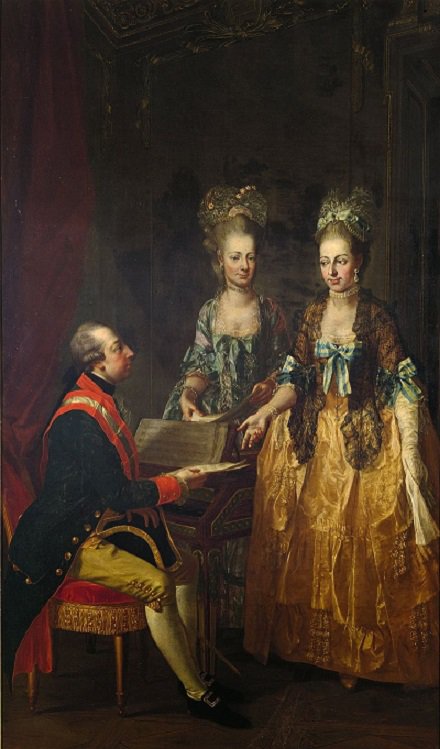