Both were commemorated at a memorial service on 17 November at Mozart’s lodge, ‘Zur gekrönten Hoffnung’ (Crowned Hope). However, not only in light of the date of the memorial but also, and more importantly, the death dates of von Mecklenburg-Strelitz and Esterházy (6 and 7 November 1785, respectively), Mozart’s dating of July seems to be incorrect. It has been speculated that the work existed in an earlier, now-lost iteration for chorus and orchestra that was performed on 12 August at the lodge ‘Zur wahren Eintracht’ (True Concord) to celebrate the induction of a new member.[1] 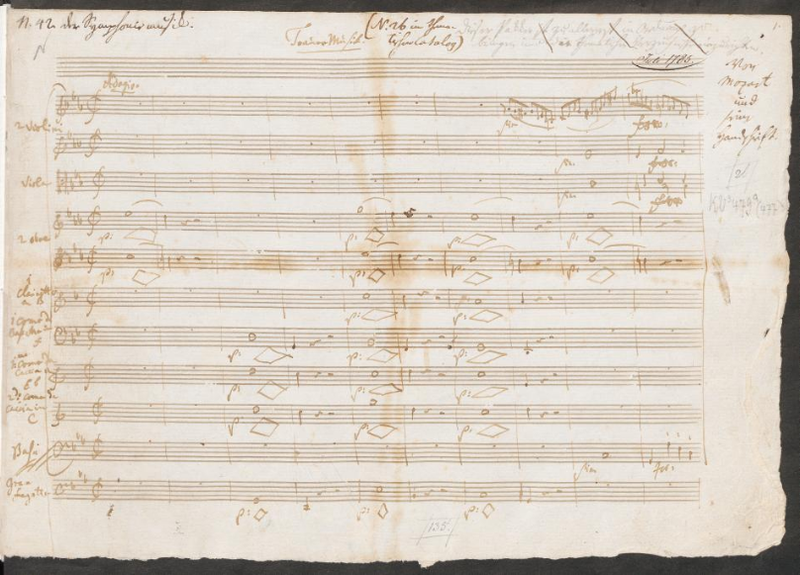 <   5 Souvenir and expression in Mozart’s music - Introduction II W. A. Mozart, Music for the memorial to Field Marshall Gideon Laudon   >
We use cookies to track usage and preferences in accordance with our Privacy & Cookie Policy. I Accept