Home > Souvenirs > Souvenir and expression in Mozart’s music > W. A. Mozart, Music for the memorial to Field Marshall Gideon Laudon

Due to setbacks in the Austro-Turkish War of 1787-1791, the Habsburg court called back to active duty Gideon Ernst von Laudon (1717-1790), who had distinguished himself in previous Austrian campaigns, including the Seven Years’ War (1756-1763) and the War of the Bavarian Succssion (1778-1779). Laudon’s most decisive victory in the Austro-Turkish war was the siege and capture of Belgrade between 15 September and 8 October 1789. Laudon died on 14 July 1790. 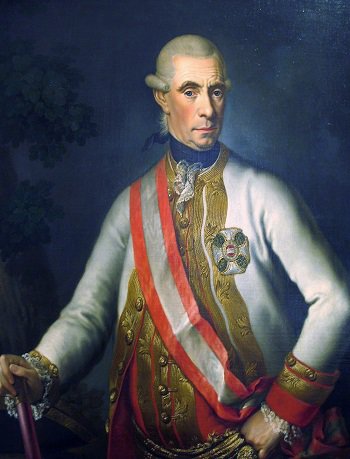 To commemorate Laudon’s death, Joseph Count Deym von Střítež – who following a duel more than a decade before had left Vienna but returned about 1780 now named Müller – constructed a memorial in his ‘Müllersche Kunstgallerie’ that over the years had become home to his collection of copies of ancient sculptures, mechanical toys and other curiousities. The memorial, which included newly-composed pieces of music performed by an unseen organ, was advertised in the Wiener Zeitung for 26 March 1791: 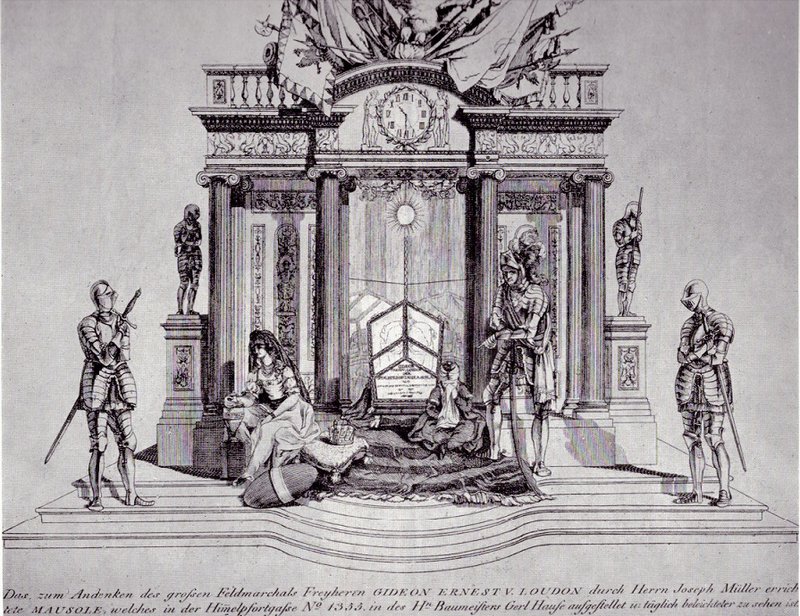 The music composed by Mozart for Müller is supposed to be the Adagio and Allegro K594. If that is the case, then Müller may have had plans as early as the previous fall to construct the mausoleum since Mozart — if in fact he refers to K594 — wrote to his wife on 3 October 1790:

<   I W. A. Mozart, Masonic Mourning Music K477 III W. A. Mozart, String Quartet K590 (first movement)   >
We use cookies to track usage and preferences in accordance with our Privacy & Cookie Policy. I Accept