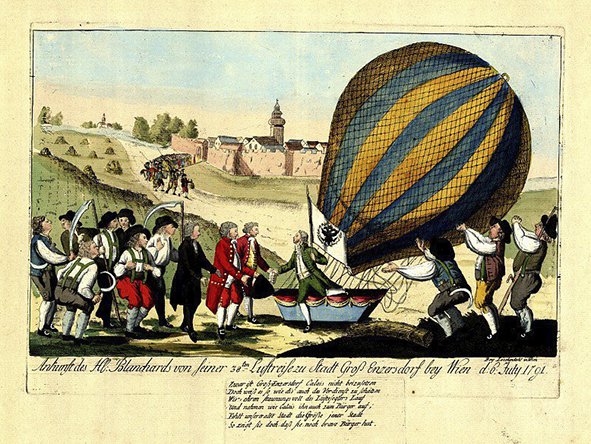 The arrival of H. Blanchard on his 48th aerial voyage at the town of Gross Enzersdorf near Vienna, 6 July 1791. Anonymous engraving, Vienna, 1791

The French balloonist François Blanchard (1753-1809) had made two unsuccessful attempts to ascend over Vienna in a hot air balloon, on 9 March and 29 April 1791; he was successful at his third attempt on 6 July, the date of Mozart’s letter. The next day Mozart wrote to Constanze:

Nevertheless, Mozart at the time was working on Die Zauberflöte K620, the first-act finale of which begins with the Three Boys descending in a balloon. The opera was first performed at Vienna just under three months later, on 30 September.