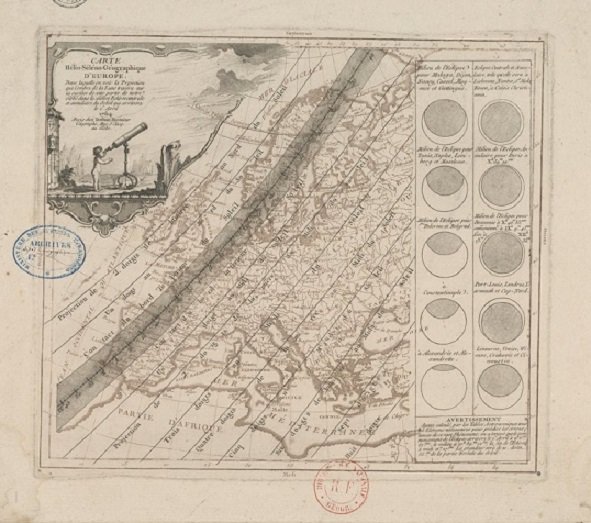 During their stay in Paris in 1763-1764, Leopold Mozart witnessed a near total solar eclipse on 1 April 1764. That same day he wrote to Johann Lorenz Hagenauer: