One of the chief tourist attractions in Salzburg was a mechanical organ, the so-called Hornwerk at the Hohensalzburg fortress, first constructed in 1502. As an open-air instrument, it frequently required repair and in 1753 the Salzburg court organ maker, Rochus Egedacher, was commissioned to renovate and expand the mechanism. Egedacher built a new barrel with twelve pieces of music, one for each month of the year. Five of them were composed by the court music director, Ernst Eberlin, and the rest by Leopold Mozart.

Leopold published the pieces in 1759 but not merely as a collection of musical pieces. Possibly uniquely among early- to mid-eighteenth-century music prints, Der Morgen und der Abend den Inwohnern der Hochfürstl. Residenz=Stadt Salzburg melodisch und harmonisch angekündigt (Augsburg, 1759), was intended as a souvenir for visitors to Salzburg, since in addition to scores of the pieces for the months of the year, it also included a lengthy prefatory text, a potted history of the Salzburg fortress. 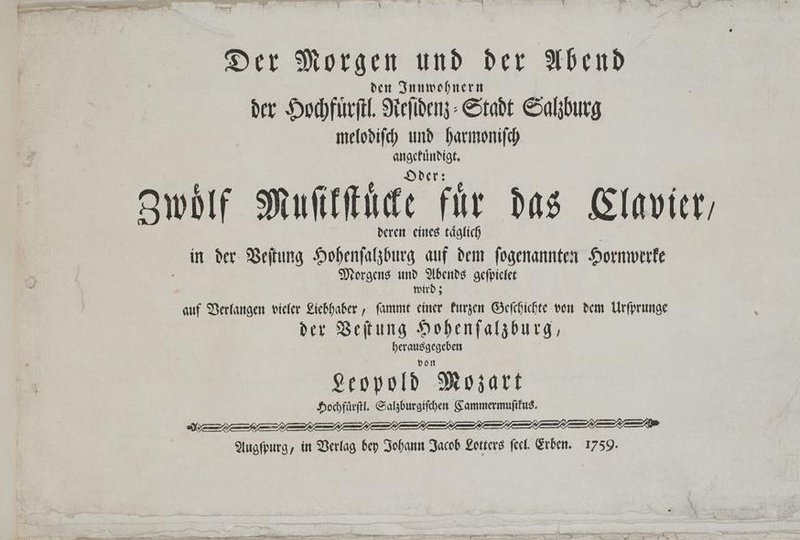 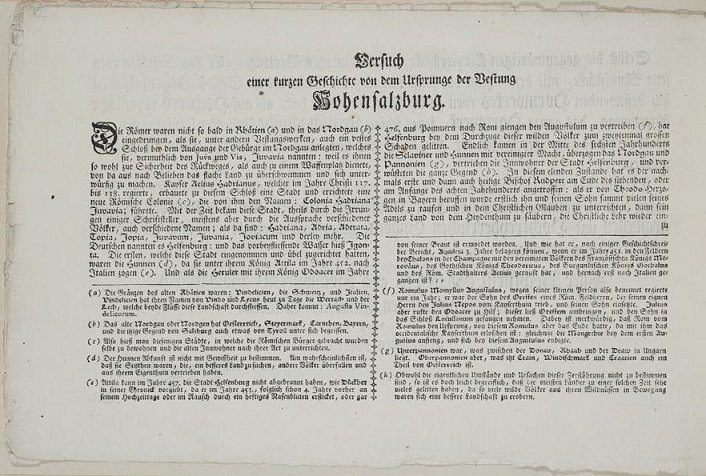 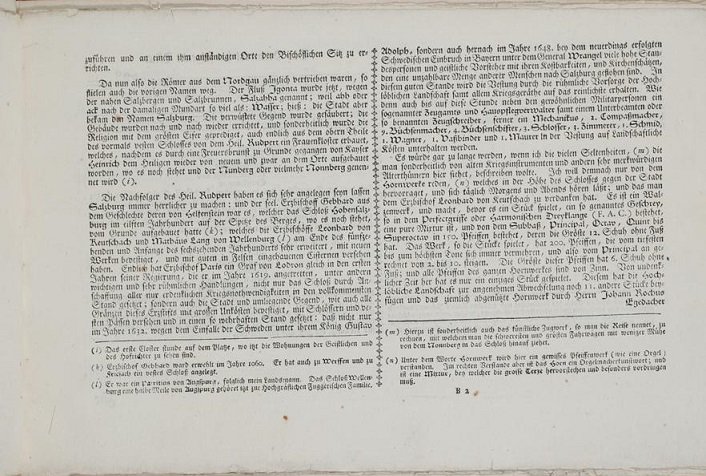 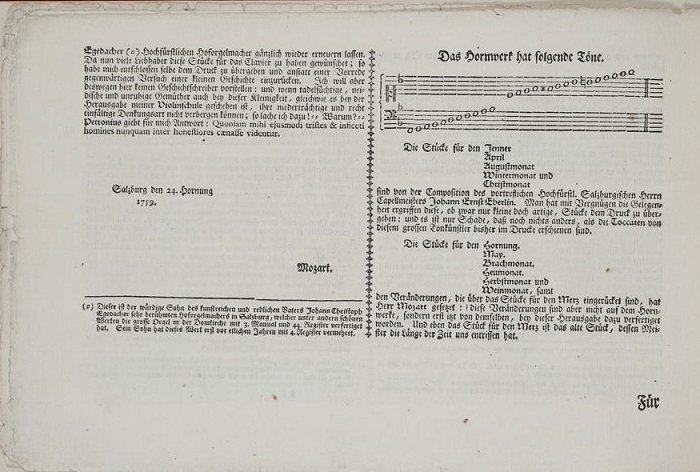 <   3 The Mozarts as Producers of Souvenirs - Introduction II A Portrait of Mozart, his sister Nannerl and Leopold Mozart Performing   >
We use cookies to track usage and preferences in accordance with our Privacy & Cookie Policy. I Accept