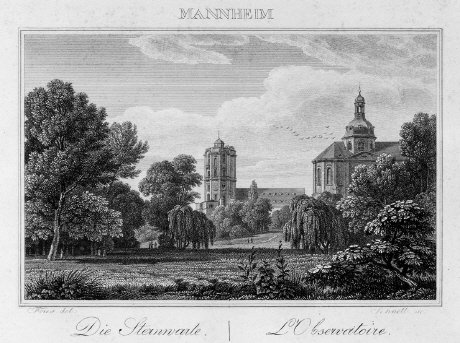 Constructed between 1772 and 1774, the Mannheim Observatory was sponsored by the Palatine elector Karl Theodor on the recommendation of Christian Mayer, professor of experimental physics and mathematics at Heidelberg, who on 6 June 1761 had observed the transit of Venus from a temporary observatory built on the grounds of Karl Theodor’s palace in Schwetzingen. It remained in operation until 1880.