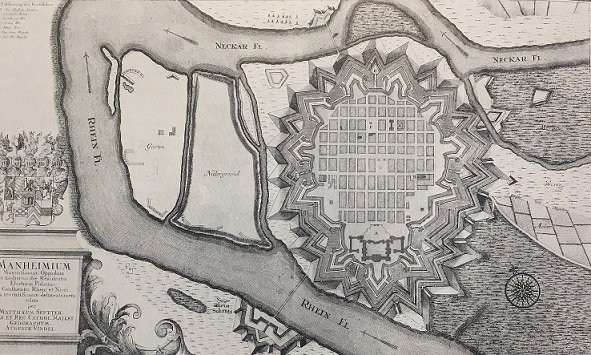 The city of Mannheim owes its modern origin to the construction of the Friedrichsburg fortress by the Elector Palatine Friedrich IV in 1606. It is apparently the first modern European city laid out on a grid plan, which the Mozarts are unlikely to have seen elsewhere.