Established in 1753 in Montagu House, the British Museum, based in the first instance on the collections of Sir Hans Sloane, was opened to the public on 15 January 1759. Several contemporaneous descriptions survive, including The General Contents of the British Museum: with Remarks. Serving as a Directory in viewing that Noble Cabinet (second edition: London, 1762). Children were not generally allowed in the Museum and the Mozart children may have been the first to visit there.

[to read The General Contents of the British Museum, click here] 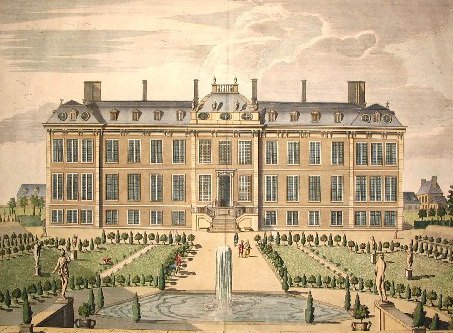 The Mozart family visited the British Museum in early July 1765: since children were not generally allowed in the Museum, Mozart and his sister may have been the first to visit there. At the time of their visit, Mozart presented the Museum with the autograph of the motet God is Our Refuge K20 and copies of his printed sonatas K6-7, K8-9 and K10-15. The minutes of the standing committee of the trustees for 19 July noted, 'Lord Cardross having presented a portrait of Queen Elizabeth, Mr. Mozart a copy of the printed music of his son, and Dr. de Or a copy of his Theological Inaugural Dissertation printed at Leyden 1765 / Ordered / that thanks be returned for the same,' while the Museum's Book of Presents of the Trustees  for the same dated recorded: 'A copy of the Printed Music of his son: from Mr. Mozart. Omitted in the Donation Book.' Matthew Maty wrote to Leopold Mozart, also on 19 July:

Although Maty does not mention the family portrait, the Europæische Zeitung for 6 August 1765 states,

Because the article is dated London, 5 July, the Mozarts' visit to the Museum must have taken place on or before that date. And because it was published in Salzburg barely a month later, it is plausible to suggest Leopold is its author, or that what is reported in the article is based on a now-lost letter Leopold sent to Salzburg.

Shortly after the family visit to the British Museum, Nannerl Mozart described her time there in a diary she kept while traveling:

. . . the British Museum, where I saw the library, antiquities, all sorts of birds, fish . . . a particular kind of bird called a bassoon, a rattlesnake . . . Chinese shoes, a model of the Grave of Jerusalem; all kinds of things that live in the sea, minerals, Indian balsam, terrestrial and celestial globes and all kinds of other things. . . 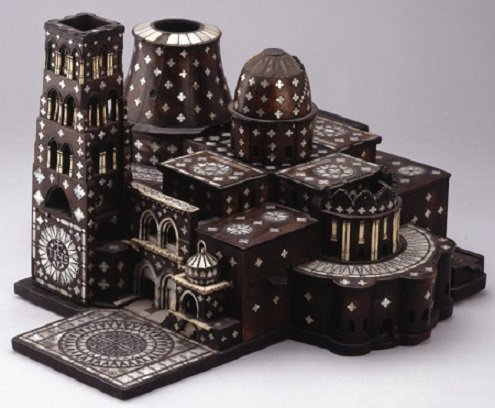 Eighteenth-century understandings of the word and idea ‘souvenir’