Sonatas for keyboard with optional violin accompaniment (K6-7) and sonatas for keyboard with violin accompaniment (K8-9). K6-7, published as opus I, were composed between 1762 and 1764, in Salzburg, Brussels and Paris. K8-9 were composed in Paris in late 1763 and early 1764. The Allegro of K8 is dated 21 November 1763. Published as opus I and opus II in the spring of 1764, they were dedicated to Madame Victoire, daughter of Louis XV of France, and Adrienne Catherine de Noailles, Comtesse de Tessé, respectively.

Leopold Mozart first mentions the sonatas K6-10 in a letter written at Paris on 1 February 1764:

When he finally sent copies of the printed editions to Salzburg, he wrote, on 3 December to Johann Lorenz Hagenauer: 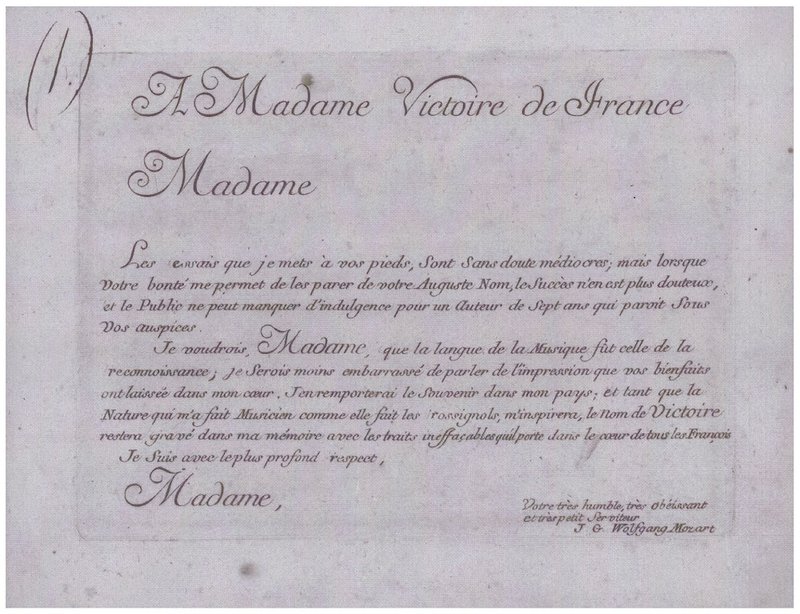 The dedication of K6-7 to Madame Victoire reads:

The dedication of K8-9 reads:

It is likely that both dedications were written by Friedrich Melchior, Baron von Grimm, the journalist, diplomat and contributor to Diderot and D’Alembert’s Encyclopédie, who was the Mozarts’ chief patron in Paris.