Motet for four unaccompanied voices. Mozart's autograph manuscript was donated to the British Museum in early July 1765. According to a report in the Europäische Zeitung for 6 August 1765, the motet was composed at the Museum's request: 'The Museum Britannicum asked not only for the sonatas published in Paris as well as those published here, together with the portrait of this accomplished family, but also for an original manuscript of this Wunderkind, including a short chorus for four voices to English words.'  Listen here. 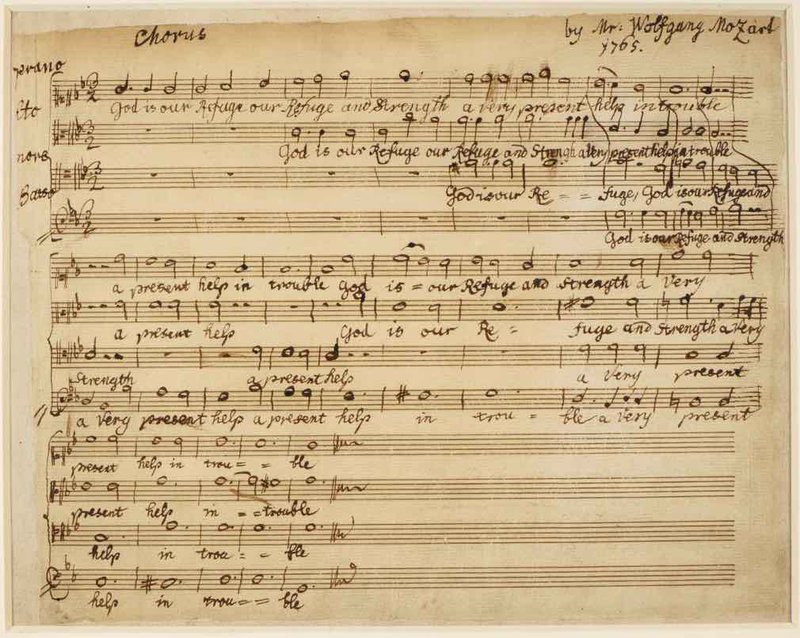 W. A. Mozart, God is our Refuge K20, autograph manuscript

Eighteenth-century understandings of the word and idea ‘souvenir’