Mother of W. A. Mozart. Her father (Wolfgang Nikolaus Pertl, Pfleger or administrator of St Gilgen) died when she was three, and her childhood was penurious. She married Leopold Mozart on 21 November 1747. Of their seven children, five died in infancy; only Mozart and his sister Nannerl survived. Information about Maria Anna is limited to comments made by Leopold Mozart in his letters to the Hagenauers when the family was away from Salzburg (Maria Anna did not write herself), Leopold`s and Mozart`s letters to her when they were travelling on their own (her letters to them are lost), and her few letters to Leopold from September 1777 to June 1778 when she and Mozart traveled to Paris without Leopold and Nannerl. 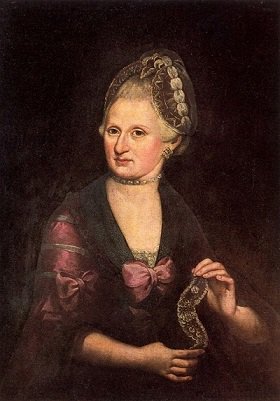