Between 15 September and 8 October 1789, during the Austro-Turkish War, the Habsburg army under Field Marshall Ernst Gideon Laudon laid siege to the Ottoman forces at the fortress of Belgrade. Following the siege, the fortress was occupied until 1791 when it was returned to the Ottomans under the Treaty of Sistova. 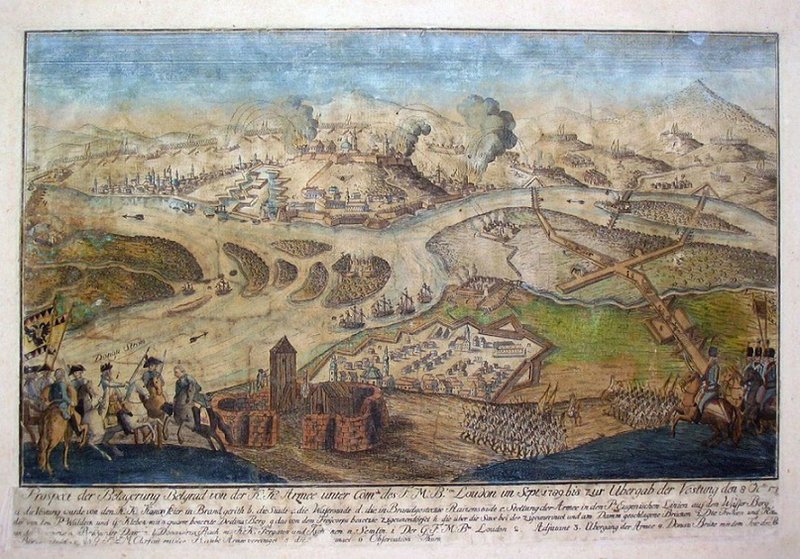 The death of Laudon on 14 July 1790 led the Viennese art dealer Müller (Deym von Střítež) to construct a mausoleum in his memory, for which Mozart composed the Adagio and Allegro K594.

W. A. Mozart, Music for the memorial to Field Marshall Gideon Laudon