Capital of the Papal States and seat of the Vatican.

The Mozarts were in Rome from 11 April-8 May 1770 and 26 June-10 July 1770. While there, Mozart performed at the Collegium Germanicum et Hungaricam (11 April and 2 May), visited St Peter's, the Sistine Chapel and the Villa Medici, performed at the palaces of Prince Chigi (20 April) and Princess Doria (3 May), and was made a Knight of the Golden Spur by Pope Clement XIV (5 July). 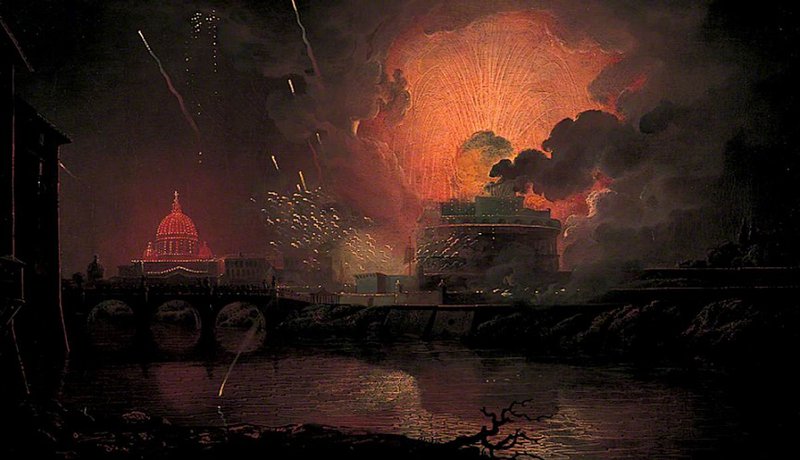 On 28-29 June, the church in Rome celebrated the vigil of the Feast of SS Peter and Paul, including the illumination of St Peter’s and the ‘Girandola’, a display of fireworks. 28 June also marked the so-called Festa della Chinea, celebrated for the first time on 28 June 1265 when Pope Clement IV invested Carlo I d’Angiò with the title King of Sicily, and the Gran Contestabile of the Kingdom of Naples offered the Pope, as a sign of fealty, a white mare, on the saddle of which was a pot of silver, an annual tribute from the Kingdom of Naples.

Souvenirs purchased or acquired by the Mozarts that are lost