One of the recurring themes in Leopold Mozart's letters, a theme that made him reflect not only on differences between Salzburg and the world at large but also how he might himself be an agent of modernity, isengineering, especially as it related to urban geography. In a letter of 8 December 1763 from Paris he wrote to Johann Lorenz Hagenauer how struck he was that the city had no walls. So when, in 1766, it was decided to cut a tunnel through the Salzburg Mönchsberg that would ease access in and out of the city, Leopold put forward his own ideas, ideas clearly influenced by what he had observed while on tour:

A slightly later painting shows that the original design – not Leopold’s inventive re-imagining based on his experience of urban architecture in Paris – was the one adopted. 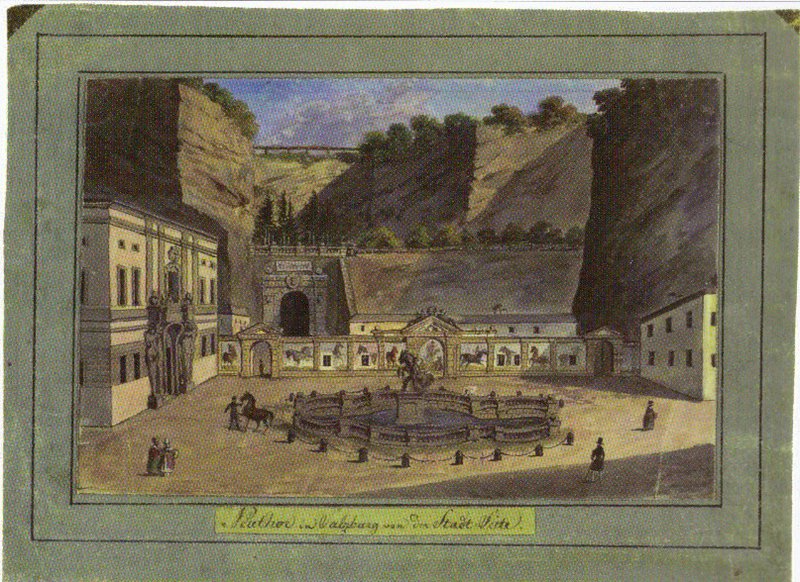